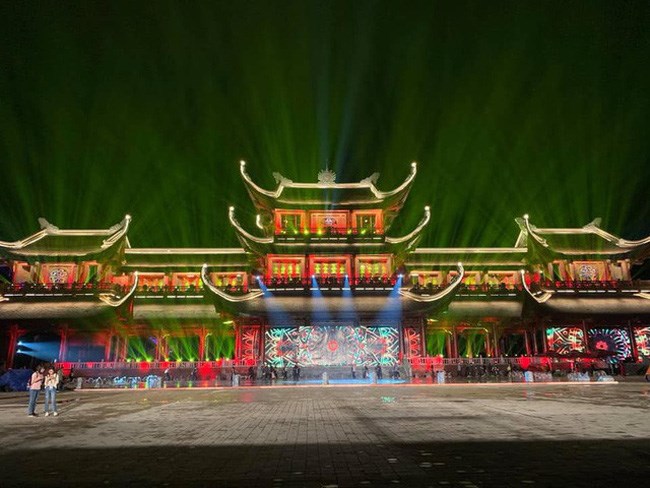 Hanoi (VNS/VNA) - A show featuring the heritage of Vietnam and Asian countries will be held by Vietnam Television (VTV) on May 12 night.

"We have been developing the idea for the show for a long time," said Dang Diem Quynh, the show’s producer.

"VTV made Heritage Avenue to introduce the heritage of Vietnam and many other countries. We contribute to the protection of the cultural values of each nation."

In the first part, audience will see clips introducing Vietnamese religious heritage and enjoy performances by veteran singers Ngoc Son, Phi Nhung, and Khanh Linh and hundreds of dancers. The highlight will be a performance by 300 female monks and 120 dancers.

The opening will be Luc Cung Hoa Dang (Lantern Dance) which is a part of ‘nha nhac cung dinh’ (royal court music). ‘Nha nhac’ was recognised by UNESCO as an intangible heritage in November 2003.

Next the audience will enjoy dances such as Indian Odissi, Japanese Awa Odori, Indonesian Saman, and the Bhutan Cham.

The show will be performed at the 16th United Nations Days of Vesak at 20:00 in Tam Chuc Pagoda complex in the northern province of Ha Nam.

"The first episode of Heritage Avenue is performed at the Vesak opening ceremony," Quynh said. "This is a great opportunity to promote the heritage of Vietnam and other countries."

The show will be aired live on VTV's channel 1.-VNS/VNA